Aberrant Shadows is a new segment here at Horror Delve where I’ll post my encounters with weird, eerie or bizarre things that have breached our everyday, commonplace world.

My wife and I traveled to Paris, France last December (2016). While there we toured a section of the catacombs beneath the city. These tunnels stretch for miles and contain the bones of more than six million people moved there from their cemeteries due to the Black Plague. Here are some pictures I took from the tour.

This gate is said to block a passageway that leads down to Hell itself.

This well is also rumored to stretch all the way down into Hell. 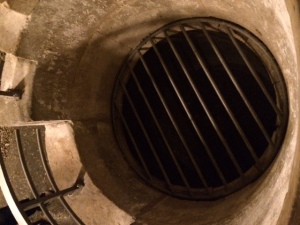 These were carved into a unknown section of the catacombs by a worker when he would sneak away from his jobsite. He died in a cave in while trying to show off his secret creation to friends. 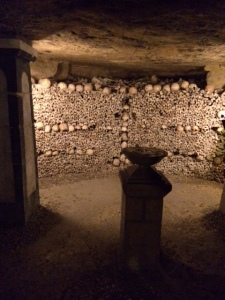 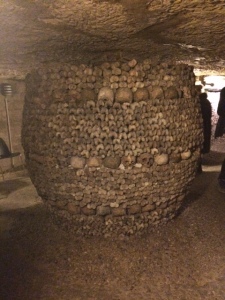 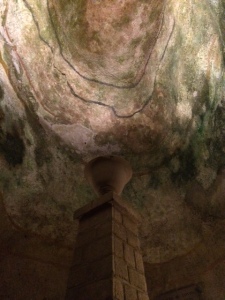